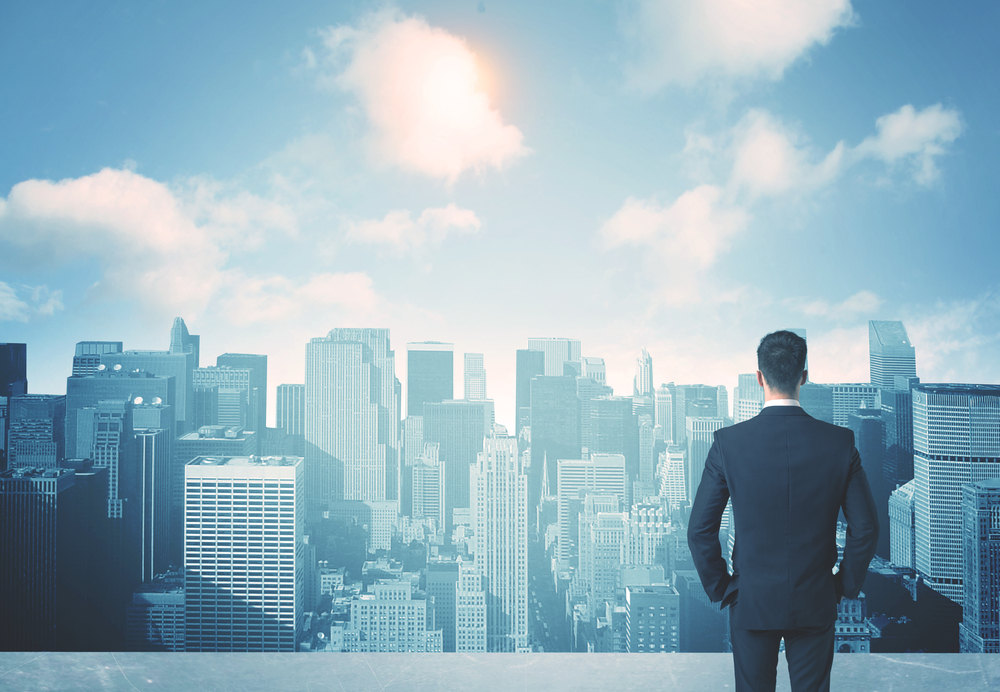 I had the pleasure of hosting a webinar on behalf of OakNorth to discuss this topic with Mark Levonian (former Senior Deputy Comptroller of Economics at the OCC), Bruce Richards (former Senior Vice President and Head of Supervision for Complex Financial Institutions at the Federal Reserve Bank of New York), and Jeremiah Norton (former Board Member at the FDIC).

As an ex-regulator myself - I spent over two decades at the Bank of England where I oversaw the authorization and supervision of all new UK banks - I found the discussion fascinating. Over the hour-long conversation, Mark, Bruce and Jeremiah shed light on the critical credit challenges that banks will face post-pandemic.

The banking industry has proven to be robust throughout COVID-19 from a variety of perspectives and has been instrumental in delivering credit where needed to support the economy. Bruce highlighted that this is in part thanks to the capital and liquidity resilience, and risk management capabilities that were built up post financial crisis, and that as we continue to live in a period of incredible uncertainty, regulators will want to see banks continue developing and improving this.

There are a number of questions banks can be asking themselves as part of this self-assessment: how has the risk management function performed? Has there been challenge? Was internal audit involved throughout? Have customers been treated fairly? How has the bank performed from a solvency risk management perspective? Was the bank prepared from a liquidity point of view to handle the increased drawdowns it experienced?

As Bruce noted, some of the larger firms in particular saw not only increased client drawdowns, but also dramatically increased margin requirements at some of the exchanges, which created unexpected liquidity drains. Regulators will want to understand what banks are doing to address this, what their learnings were, and how they can be better prepared in the future. Jeremiah noted that given most supervisors have spent the last year working remotely, there is a degree of uneasiness within the regulatory community that they’re not participating, supervising and examining banks like they’ve been able to in the past: “The longer people are working from home, the more the risk curve goes up in terms of potential vulnerabilities, so banks should be doing all they can to put regulators’ minds at ease when it comes to their risk management practices.”

Mark commented that as a “modeling guy”, one of the things that has been especially interesting for him to observe over the last 12 months is how historic correlations have broken. Take the unemployment rate, for example – what it’s meant during the pandemic has been very different to what it’s meant historically – and banks need to be able to demonstrate to regulators that they’re prepared for that. He said: “Regulators’ expectations are that banks can be nimble and adjust the way they’re looking at risks like this over time. Some of the more impressive things I’ve seen from a forward-looking perspective are the use of different data sources such as locational data, foot traffic, etc. which can help distinguish between credits that might appear to be similar on the surface but are actually very different.”

There’s no question that past stimulus programs introduced by the government, and the one recently passed by Congress and the Biden Administration have provided material support to the economy. However, at some point, the packages will inevitably come to an end, so the challenge for lenders will be to understand the impact this will have on their portfolio. Bruce advised the audience to look at it from two perspectives: what are the risks my clients are facing, and how can I help them to get on the front-foot now? Looking back at 90 days’ worth of financials isn’t going to be helpful at this point in time, as we come out of the COVID crisis and with this level of government support. He said that instead: “Banks need to take a forward-looking view and use this as an opportunity to identify whether there are sectors that will perform well post-government support and start figuring out how to pursue those opportunities now. To do that, you need great MI and the ability to run sensitivities in order to support the decisions with your senior management, your board and your supervisors.”

One of the themes that was very clear throughout the discussion is that regulators get comfort from the quality of data being leveraged by banks, and the speed at which that data can be delivered. This has become all the more important over the last year.

“Regulators want to see banks re-looking at their risk appetite from the top-down, as well as making sure they have the data flow and the ability to get the data on an aggregate or individual basis back up to the board in a cohesive fashion.”

Jeremiah reflected on his experience at the FDIC and the frustration amongst many regulators that many financial crisis issues hadn’t been self-identified by banks, challenge functions hadn’t turned out to be as strong as many had thought, and data management, data lineage and data production had been “shockingly poor” at so many institutions. Since 2008, there have been a lot of rules and exams focused on improving those things, but Jeremiah said: “regulators want to see that these efforts are working and if a firm can’t demonstrate this in a timely manner, that’s going to lead to some difficult questions.” He reiterated one of his earlier points that because regulators aren’t on site, they’re having to rely more on firms to identify their own issues, to self-assess, to ensure that data’s being challenged and that, if asked, they can deliver that data in a timely fashion.

Mark’s experience as a regulator during the financial crisis had parallels to Jeremiah’s: “I remember asking some of the major banks for roll-ups of exposures and they really struggled to do that.” While the data management, processes and technology has been much better this time around, Mark feels that more thought around governance is something regulators will be looking for: “A lot of banks did overlays and adjustments to models, which is fine as long as it’s well-governed. However, a lot of them found that the governance they’d developed was oriented toward using it in the case of supervisory stress-testing and it didn’t translate well to some of the other processes that needed adjustments."

Coming out of this crisis, examiners will expect banks to have a view on where they think things are going and will want to see downside protection in that view. A challenge that every bank will face will be in understanding what the “new normal” will look like. Economists are studying how the economy responded after the last pandemic in the 1920s to understand how sectors may change as a result of this current pandemic. They will also be looking at how banks will be positioned, how they will evaluate risk, etc. and eventually there will be a downgrading of government stimulus which will have ripple effects across the economy. In response to this, Jeremiah said “sensitivity analysis grading up to mature capital planning will be essential. While for larger institutions, more complex stress-testing is going to be on the agenda for both banks and examiners.”

Mark stated that banks now have access to the data and tools to be able to do even more robust sensitivity and scenario analysis, and identify potential issues earlier on so they know where to focus their attention.

This isn’t just important for the systemically important

Jeremiah explained that given it has been over a decade since the 2008-9 global financial crisis, regulators are expecting maturity amongst risk management functions at all firms they supervise, not just those that are systemically important: “There’ll be good faith efforts to not expect a $1bn asset bank to have the same functionality as a $100bn asset bank, but they will expect growth at all categories.” He explained how over the last year, as a result of increased deposit inflows, many banks have grown a lot faster and a lot bigger in terms of their total asset base than they perhaps would have otherwise. As a result, regulators’ expectations are that these banks are prepared for that growth and have the risk management in place to deal with it: “If you’re a small bank which is heavily-concentrated in one particular area, regulators will expect you to have very mature risk management in that one particular area.”

Mark did note however, that while most examiners are mindful of calibrating expectations, smaller banks should still be thinking about risk in a similar way and adopting larger bank practices where it makes sense. Of course, as a bank is thinking about its strategy towards regulators and the examination process, the priority should be in doing an excellent job at what it does right now, in order to pass the exam. However, Mark advised that having an aspirational plan for improvement that outlines the new technologies or processes that may be adopted in the future, and a game plan for getting there, “is how you get an A+ on the exam”.

Bruce rounded off this part of the discussion with a prediction that regulators will continue tailoring their approach depending on the systemic importance of individual institutions, but that the pandemic is accelerating some “trickle down” of expectations.

Bring regulators on your digital journey

As Jeremiah noted earlier in the discussion, COVID-19 and the ongoing restrictions resulting from it mean that regulators aren’t able to engage, supervise and examine banks in the same ways they’ve been able to in the past. It has therefore become increasingly important for banks that are experimenting with technologies such as artificial intelligence (AI) and Machine Learning (ML) to keep their regulators in the loop. Bruce advised the audience: “As you start to implement more AI and ML in your processes and controls, make sure you take the supervisors on the journey with you. Start early and educate them – regulators are learning very quickly but there are new applications coming out every day – so be prepared to substantiate why this is a value-add use of AI or ML and why it’s better than the system that it’s going to augment or replace over time.”

One of the notable elements about AI and ML in addition to its general growth is the fact that these tools are spreading across new areas of banking. As Mark said: “Where they may have originally started out in things like fraud, transaction monitoring, marketing, etc. they’re now moving into things like credit and other parts of risk management.” This is enabling banks to obtain a much more granular and real-time view of their portfolio, and as a result, achieve better credit outcomes.

Climate change will be top of the regulatory agenda

The panel was unanimous in their view that once we’ve overcome the COVID crisis, the next crisis regulators will be turning their attention to is climate change which unlike Coronavirus, isn’t something we can develop a vaccine for – and is here to stay. Climate change risk will therefore be a key focus area for regulators going forward, so banks need to be thinking about how they’ll address this - if they’re not already. Kevin Stiroh, former Executive Vice President of the Federal Reserve Bank of New York and Head of the Supervision Group, has been appointed to lead the Federal Reserve’s supervisory work related to the financial risks of climate change. He will chair the Supervision Climate Committee (SCC), a newly formed System-wide group bringing together senior staff across the Federal Reserve Board and Reserve Banks. Bruce who used to work with Kevin when he was at the Federal Reserve, said: “Kevin is a great choice for this role. He is a man of action so banks should expect regulatory expectations regarding climate change issues to change quickly with him at the helm.”