The Net Zero transition: Banks are starting to engage in the climate conversation

The Net Zero transition: Banks are starting to engage in the climate conversation 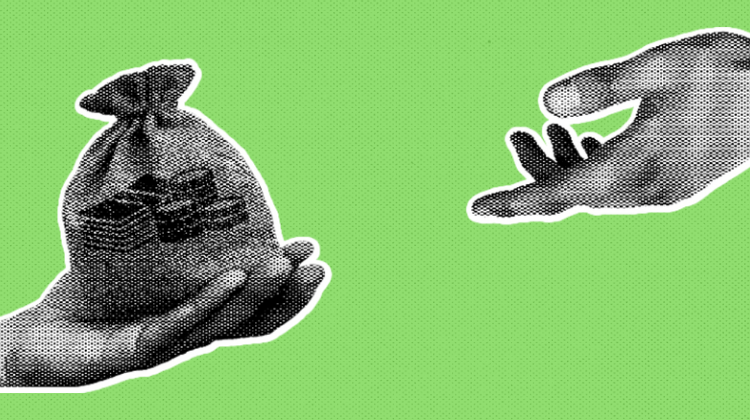 Climate change is creating a global imperative for systematic change. If we are to meet the goals in the Paris accord and reduce global emissions by 7.6% every year by 2030, every industry must be engaged in taking action.

To put this challenge into perspective, the constraints the world experienced during the pandemic caused carbon dioxide emissions to fall by 5.4% in 2020. But despite the reduced activity in many sectors of the economy, they returned to near-pre-pandemic levels by the latter part of the year, according to NASA.

This means that all those changes we experienced during the pandemic were still not enough. So what’s it going to take?

“We’d need eight more lockdowns, but that’s not going to happen, we can’t function that way. We have to change our behaviors and make investments in new technologies,” said Peter Grant, president of OakNorth, a UK commercial lending fintech that wants to help banks navigate the complexities of climate change.

Grant believes that the change needed to tackle this immense challenge is one in perspective. The global financial system is able to finance the transition to a clean economy, but it will take leadership and cooperation.

“We see this as a huge opportunity for banks, and our role is to help educate them on compliance and funding opportunities, as well as the type of conversations that they need to have,” he told Tearsheet.

OakNorth is a commercial lender in the UK, recently valued at $5 billion, that uses data-driven technology to integrate climate risks into its credit assessment methodology. It mainly focuses on commercial loans of $1 million up to $100 million going to small businesses.

The fintech was founded in 2015 by Rishi Khosla and Joel Perlman. Both were climate and ESG enthusiasts and wanted the bank to be net zero, so they began gathering data scientists and drilling down on what would be the frameworks for an orderly transition towards the goals in the Paris accord.

And the model worked. OakNorth was Europe’s most valuable fintech back in 2019, with a valuation of $2.8 billion, as it was actually posting profits – $46 million in its third year of operations.

But the fintech also wants to guide other banks towards financing the transition towards a more sustainable economy. There are large businesses that require investment across the entire supply chain, and banks can play a big part in that as well, according to Grant.

OakNorth developed the ON Credit Intelligence Suite, a software that can enable other banks to lend to the “missing middle” – growth companies that serve a big role in economic growth but have trouble accessing fast and flexible financing. It began targeting businesses that were traditionally underserved by banks, and expanded the methodology to add climate risk as well.

Its technology looks at borrowers in any given sector and can identify who the high carbon emitters are by collecting not just their financial data, but key asset data that has a carbon impact. It can score borrowers based on a vulnerability rating, thus identifying lending opportunities for banks.

It takes a lot of data to do this, and the bank already has $365 billion worth of C&I loans on its platform already. The Credit Intelligence Suite is delivered as a SaaS application to customers like PNC and Fifth Third Bank, which are using it to decarbonize their Scope 3 emissions.

Asset data is key to be able to quantify carbon footprints. This is the stage where most banks struggle when assessing their Scope 3 emissions – indirect emissions resulting from operations banks finance through their investing and lending activities.

Grant spoke of a recent experience at a conference, where the subject of Scope 3 emissions popped up. Finance executives were discussing banks’ risk ratings, and Moody’s said they were seeing moderate climate risks across all the banks, globally. But the crowd response was somewhat unexpected.

Evaluating asset-level exposure to climate risk is very complex, but necessary. Nearly 60% of S&P 500 companies with a total market cap of $20 trillion hold assets at high risk of physical climate change impact, according to reports. These physical risks accelerate the transition, resulting in regulatory transition risks for companies as well, which also need to be accounted for.

There is growing interest from banks to better understand climate risks, and in response, OakNorth hosted a Climate Consortium with leaders from 16 US banks, running from $3.5 billion to over $2.5 trillion in assets. The purpose was to go through thought leadership exercises, bringing climate scientists and academia to help banks understand the climate challenge and the opportunities it brings.

Attendees were also surveyed over how they’re thinking about these issues, and nearly 60% said they have started creating a plan to mitigate climate risk in their commercial loan book, but have a lot more work to do. Two-thirds of respondents also held transition risk as a top priority.

“The lack of frameworks is a challenge, as there’s no common language amongst banks to talk about climate risks. But we are in the process of solving this, and I think there will be a common currency that will come out for climate risk assessment for a commercial loan, for example,” Grant said.

Another big challenge is access to data, which stresses the need for more modernized systems and digital transformation in the banking industry. There are also sub-challenges like expertise – many banks said there aren’t enough people internally looking at climate risk, as it’s a fairly new area.

But despite the challenges, the path of no action offers a grim outlook. Insurance giant Swiss Re estimated that climate change could erase $23 trillion from the global economy by 2050, around 11% to 14% of the global economic output.

“The economic transition to achieve net-zero will be complex and challenging, but our findings serve as a clear call for more thoughtful, urgent, and decisive action, to secure a more orderly transition to net zero by 2050,” said Dickon Pinner, a senior partner at McKinsey and co-leader of McKinsey Sustainability in an interview.

Capital spending in the net-zero transition between 2021 and 2050 would amount to about $275 trillion, or $9.2 trillion per year on average, an annual increase of as much as $3.5 trillion from today, a McKinsey report found.

This means that a change in perspective needs to translate into a change in direction. Capital needs to be redirected, but it’s an opportunity as much as it is a challenge. And with the conversation around climate risks now finally started, the banking system can still have a shot to get itself on the right track.